Your Bus have ceased trading 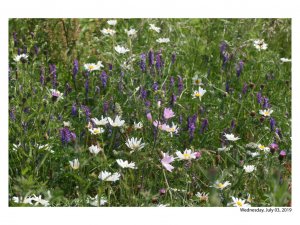 The wildflower verge has been a great success this year. Unfortunately the best was hidden by high grass where a cut was not made earlier this year. It has been reported to Erewash Borough Council but it may be to late for the best flowers. We have numerous butterflies, bees and other insects taking advantage of the lovely weather. John Green noted Painted Lady, Meadow Brown, Ringlet, Small Tortoiseshell,... Read More »

Check out the latest events during the Summer holidays for children on the Erewash Borough Council website. There are lots of free activities taking place and lots of other useful information.

Derbyshire Library Service has two mobile libraries, based at Buxton and Long Eaton, serving around 150 communities across the county. These communities are visited once every four weeks and the mobile libraries offer a range of services for everyone including fiction and non-fiction books for adults and children, large print books, books on tape and books on CD as well as a selection of local studies... Read More » 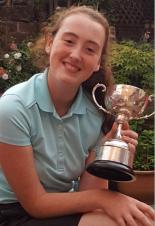 Imogen Rafferty from Church Farm, Morley is the Derbyshire Girl's under 18 Golf Champion. Imi shot 75 on Breadsall Priory's Moorland course which is only 2 over par to win by 7 shots. She now goes on to represent Derbyshire in the National Championship final and also the Midland under 16 Champions Final, both of which are in September.

Our congratulations to Imi and good luck in September.

Morris Dancers at the Three Horseshoes 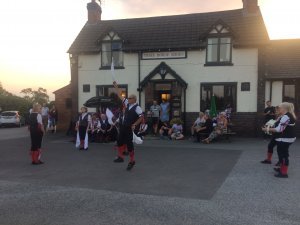 Morris Dancers were at the Three Horseshoes this week keeping people entertained.

Thanks to everyone that contributed the community litter pick in April. Another one is planned for the Autumn